The art installation, called “Poppy,” is the culmination of several years of work by the City of Lincoln City, and the council-appointed Public Art Committee, utilizing funds from the Percent for Art program. The process began in 2018, when the committee created a new Public Art Master Plan that featured a set of goals. Among them was the installation of a “monumental” work that would be engaging and delightful, in a highly visible and convenient public location. In total, about 400 people participated in the artist selection process in 2020, with an overwhelming majority voting for the work of renowned artist and sculptor based in Portland, OR, Pete Beeman. This is the first public art installation for Lincoln City in more than 10 years.

Beeman, a Portland native, earned undergraduate degrees in visual arts and civil engineering from Brown University, as well as a Master’s Degree in Design from Stanford University, which was co-sponsored by the university’s Art and Mechanical Engineering Departments. Beeman’s work can be found all over the world, including Portland, Seattle, Bend, Washington DC, Memphis TN, Raleigh NC, and Taiwan. The artist is known for several iconic pieces around the Portland area, including “Pod” — a 30-foot-high tripod structure made from steel, bronze and titanium that features an interactive pendulum — located at SW 10th and Burnside, across from downtown’s Powell’s City of Books. Other major installations around Oregon include “Cathedral” (Tebeau’s Tulip) at Oregon State University, “Anomal” at the Bend Science Station, and “Iris” at the Civic Drive MAX light rail station in Gresham, OR.

The installation, called “Poppy,” is a playful four legged beast constructed primarily from stainless steel, with a central body and feelers free to swing in space. Future site improvements will raise the base to the same elevation as the sculpture’s four “feet,” and future visitors will be able to reach and move the center circle, bringing the sculpture to life. The 2023 Plaza construction project will also surround the Beeman sculpture with a pedestrian “node” with seating and ADA access.

The Lincoln City Cultural Center will present the colorful and imaginative origin story for the piece, which was created by students in the center’s 2021 summer art camp. This illustrated tale has been compiled into a book by the center’s visual arts and children’s art director, Krista Eddy, with the first copies available at the dedication. 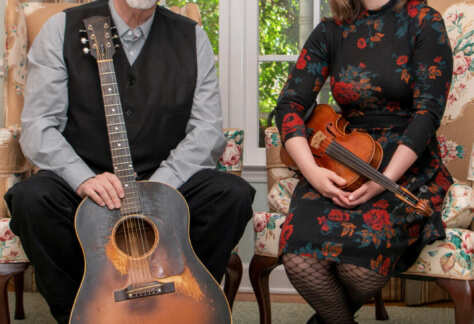