Revel in the wild glamour of speakeasies and jazz

Blair Crimmins & The Hookers take you on a time-altering journey to the 1920's at the Cultural Center on Sept. 9

Blair Crimmins is unabashedly old school.  Specifically, 1920s Prohibition Era America old school. Crimmins, along with his band – The Hookers – are leading a Dixieland Jazz and ragtime revival. Creating a cacophony of sound with banjo, horns, and keys, Blair Crimmins & The Hookers take listeners on a time-altering journey, back to an era of speakeasies and bootleggers, at the Lincoln City Cultural Center on September 9 at 7 p.m.

“Blair Crimmins & The Hookers will make a jazzbo out of you,” writes James Man of Ink 19, a music publication in the Southeast U.S. “This ain’t your great-grandfather’s ragtime, and Blair Crimmins isn’t any quaint Dixieland revivalist.”

Blair Crimmins began his current music career in Atlanta, Georgia, with a determination to bring Ragtime and 1920’s style Dixieland Jazz to new audiences. While playing small rock clubs around the Southeast he developed a sound that is at once modern while being deeply rooted in the past. Now four years, and five hundred shows later, he has toured the country playing large venues and has opened for acts such as Mumford & Sons and Preservation Hall Jazz Band. His debut 2010 release The Musical Stylings Of became a college radio sensation on WRAS Atlanta making him the most requested band on the air.  In 2012 Crimmins showed his musical diversity by writing and recording the full score for the independent short film “Old Man Cabbage”. The following year, Crimmins was the critics pick for Best Song Writer of 2013 in Creative Loafing’s Best of ATL issue.

His last album entitled Sing-a-longs! went to #21 on the EuroAmerican radio chart and earned him a nomination at The Georgia Music Awards for Best Jazz Artist.  Blair Crimmins has now released his anticipated 4th studio album You Gotta Sell Something.

“Atlanta’s genre-blending ensemble Blair Crimmins and The Hookers have been creating a sound that is both unique and inspired for years. Crimmins himself began developing it some time ago, honing in on the magic of ragtime and the 1920’s, coupled with some Dixieland jazz. The fourth studio album from Crimmins’ impressive creative mind is due out in February of 2017, and we haven’t been this excited in quite some time,” raves Impose Magazine.

To learn more or join the Lincoln City Cultural Center, visit lincolncityculturalcenter.org or drop by the LCCC Information Center off Highway 101, open from 9 am to 5 pm Wednesday through Monday (closed Tuesday). 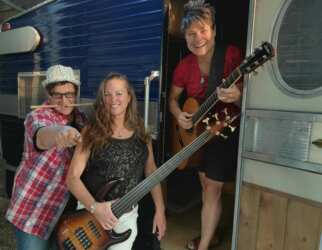 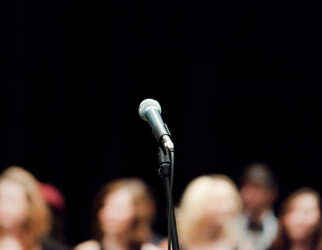 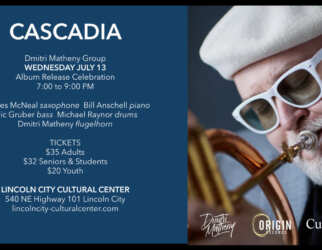 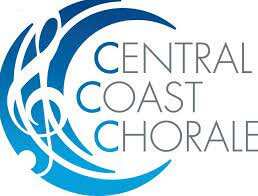