Featuring seven coastal artists inspired by the beauty and diversity of the Cascade Head Marine Reserve in media ranging from painting and scientific illustration, to ceramics and photography, and even FirePainting.

“Reserve Inspiration” features seven coastal artists who share work inspired by the beauty and diversity of the Cascade Head Marine Reserve in media ranging from painting and scientific illustration, to ceramics and photography, and even FirePainting.

Scott Groth is a marine biologist who guides fisheries to improved sustainability, but also has a love for adventure, the sea, and photography.

Cynthia Longhat-Adams is a self-taught multimedia artist who uses Pyrographic methods in an ever-evolving process that powers her growth as an artist.

Victoria McOmie lives on the central Oregon Coast and is a painter and mixed media artist taking creative cues from nature for over four decades.

Ernie Rose enjoys photographing the natural world around us, especially birds and other wildlife.

Nora Sherwood holds a certificate in natural science illustration from the University of Washington and works with numerous clients in Oregon and beyond, and occasionally has time to paint for her own enjoyment.

Jill Perry Townsend paints plein air in oils; she loves the ocean and landscape of the coast and the adventure of going out into amazing places to paint.

This exhibit, as well as presentations, hikes, bird walks, youth art programing and art kits have been brought to you by Audubon Society of Lincoln City (ASLC) for Marine Reserve Awareness Month starting this August, 2021.

ASLC has designated August 2021 as Marine Reserve Awareness Month to raise visibility and understanding of the Oregon Marine Reserves. ASLC has planned an art exhibition, presentations, hikes, and children’s activities throughout the month to focus public attention on these fascinating living laboratories.

Cascade Head Marine Reserve off Lincoln City’s shores is one of five areas of state coastal waters dedicated to conservation and scientific research, overseen by the Oregon Department of Fish and Wildlife. “This marine world is largely unseen by the public,” said ASLC President Dawn Villaescusa, “but it’s vitally important to the interconnectedness of plants, animals, and people in a way we’re only beginning to understand.”

Program presentations at the Lincoln City Cultural Center at 7 pm include:

Art Activities, Rockfish Art Kits are available NOW at the Lincoln City Cultural Center. Take one home and make your own Rockfish that can be entered in this upcoming exhibit, “Reserve Inspiration” at the Chessman Gallery.

Also visit the ASLC information table at the Lincoln City Farmers Market on Sundays August 8 through September 5; accompanied children can paint ceramic creatures that will inhabit a three-dimensional tidepool.

Hikes focused on Cascade Head Marine Reserve and its interconnectedness with the terrestrial ecosystem:

Audubon Society of Lincoln City (lincolncityaudubon.org) was founded as a chapter of the National Audubon Society in 2005. A nonprofit membership organization, ASLC is active in education and advocacy for protection of birds, other wildlife, and their habitats in Lincoln and Tillamook Counties.

The Chessman Gallery is inside the Lincoln City Cultural Center at 540 NE Hwy. 101. LCCC business hours are 10 to 4. Thursday through Sunday).

For more information call 541-994-9994, head to lincolncity-culturalcenter.org, or become a friend on Facebook. 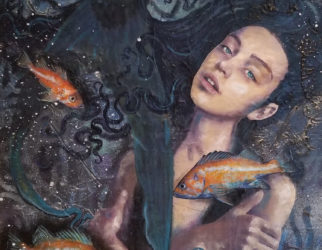 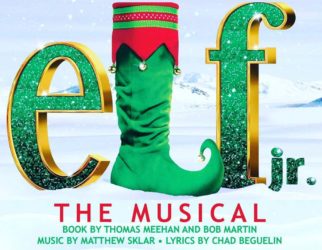