This exhibit is a collection of photography, by local artist Ralph Elliott, comprised primarily of water and immersed object images creating ephemeral landscapes that emphasize action, event, process and time.

Ralph Elliott’s words on the content of this collection:

“The majority of these water photographs are the result of a three-year project. My goal was to train my eye to look, not at objects per se, but instead at the objects embedded in time. I attempted to create images that capture not only the single instant of an event, but that also suggest time- a history and a future- beyond the frame of the event itself in terms of location, action, process or state of being. Water has the characteristic of changing constantly over timescales measured in seconds to seasons, from hours to eons. In its flow and response to the ephemera of weather and of seasonal growth and death, it mirrors the motion and change of the natural world. Every still photograph refers to a specific objective event occurring in a particular place at a particular time. My images are aimed at the intersection between the elements of the scene and the forces at work on those elements.

This gives me a vision of an event as an occurrence rather than as an unchanging material reality. It trains my eye to see normal landscapes as responses to the forces acting upon them. Objects then appear as they do because of their relationship to the forces at play around them, illuminating a dynamic rather than a static landscape.

In presenting a rendition as opposed to a record of a given event- one that is ambiguous or less than complete- I attempt to present an image that calls for a creative response by you the observer. If, by your acts of vision and imagination, you infer a sense of story or meaning, I have succeeded in transmitting my understanding of the world around us, the understanding that the only constant is change. If I succeed, then in those instances, by your participation, the image itself changes from moment to moment of observation.”

For more information about this show or any of the many events going on at the Lincoln City Cultural Center, call 541-994-9994, or become a friend on Facebook. 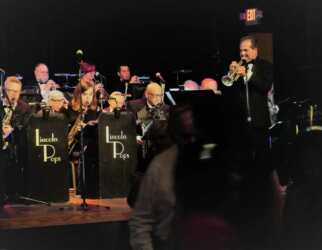 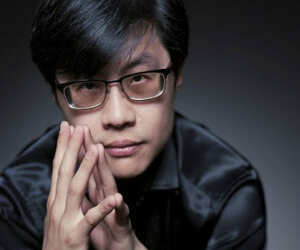