LINCOLN CITY – Stalwart volunteer, patron of the arts and lover of animals, Lucille Bacon lived with generosity and spirit. On Valentine’s Day weekend, the Lincoln City Cultural Center will be paying tribute to Lucille, with a delicious brunch and art sale. Her friends and fans are invited to join the celebration, Feb. 15-17 at the Cultural Center, 540 NE Hwy. 101.

The festivities will begin with the I Love Lucille Brunch, 10 am to 1 pm on Saturday, Feb. 15. LCCC chef Colleen Hickey and Events Manager Judy Hardy have prepared the menu as a tribute to Lucille, a gourmet chef who became a vegan later in her life. The buffet will include potato cakes, citrus marinated portobello mushrooms and onion marmalade, along with berry stuffed French toast, scrambled eggs, banana nut muffins, fresh fruit and special tapioca parfaits. Fresh Cape Foulweather Coffee will be included with the meal, with champagne, wine and mimosas will be available for purchase.

The price for the I Love Lucille brunch will be $30 per person, limit 40, on sale now via the website or the center’s Visitor Information Center. The meal will include a spoken tribute to Lucille, and her friends are invited to share memories and stories. Those who attend the brunch will have the first chance to view Lucille’s Art Sale, also arranged in the auditorium.

Lucille and her husband, Alan, moved to Salishan after her retirement from PGE in 1989. She gave her time and energy to many causes, including the Driftwood Public Library and the hospital auxiliary, and supported cultural causes like Neskowin Chamber Music and the Siletz Bay Music Festival. When she passed away last June, at the age of 91, she left the bulk of her estate to animal protection and social justice organizations.

“About five years ago, Lucille took Krista and I out to lunch at the Side Door Café,” said LCCC Executive Director Niki Price. “She told us stories about her career, and her life before and after she moved to the beach. We had such a great time! She asked if it we would be OK if she included the LCCC in her will, so that her things could find good homes and provide some income for the center, too.”

“She was such a lovely person, and we are looking forward to celebrating her life. If any of her friends would like to send a photograph, a story or a message, we would love to include it. Please drop them by the center, or send them to me at [email protected],” Price said.

Several of those pieces, by Chessman Gallery director Krista Eddy, will be added to the permanent collection at the LCCC. The remainder will be featured at the I Love Lucille Art Sale, which will feature items at a wide variety of price points. After the brunch, the sale will be open to the public from 1-5 pm on Saturday, Feb. 15, and from 9 am to 5 pm on Sunday, Feb. 16, and Monday, Feb. 17. Admission to the art sale is free. There will be a guest sign in book, and the opportunity to donate to the LCCC in Lucille’s name.

A full list of items and prices will be available starting on Monday, Feb. 10. The list will be posted on the center’s website, and in paper form at the Visitor Information Center.

The Lincoln City Cultural Center is a non-profit center for community and creativity, inside the historic Delake School building, at the corner of NE Sixth St. and Hwy. 101. The center, which is also home to the official Lincoln City Visitor Information Center, is open from 9 am to 5 pm Thursday-Monday. For details, head to www.lincolncity-culturalcenter.org, or call 541-994-9994.

Lucille Bacon passed away peacefully in her home in the Salishan Resort Community in Gleneden Beach, Oregon, on Monday, June 10, of congestive heart failure. She was 91 years old.

Lucille was the first child of Florence and George R. Grant, Sr., born on July 19, 1927 in Butte, Montana during the roaring twenties. While she was named for her mother, she was always called “Lucille”, never Lucy. Her hardscrabble childhood during the Great Depression and Second World War, gave her the gifts of resilience and grit that served her well during her more than nine decades.

After graduating from Butte High School in 1945, she worked in clerical jobs in Butte, before moving to San Francisco, California, where her cousin, Anne Hart, had moved with her husband several years before. She quickly found an entry level position with power giant Pacific, Gas and Electric Company (P. G. and E.) where she stayed for her entire career. In the nearly forty years before her retirement in 1989 she was promoted many times. She retired as one of the most senior level women in the company.

Her first marriage to entrepreneur, John Squires, ended in divorce. She married Alan Bacon in 1977, to whom she stayed married until his passing in 1998. After Lucille’s retirement from P. G. and E., Lucille and Alan moved to Oregon and the Salishan Resort Community, in large part because of Alan’s love of golf, the spectacular Salishan course, and the extraordinarily beautiful setting of their new home on the coast south of Lincoln City.

Though deprived of the opportunity to attend college, Lucille was an extremely well-read and well-informed citizen; her home walls are lined with bookshelves. She was a life-long gourmet-cook, and in her later years became a vegan gourmet-cook as well. A meal at Lucille’s was always scrumptious and her engaging laugh filled a room with warmth. One of her other life-long passions was the protection of animals. She had dogs and then cats all her adult life.

Lucille was the consummate volunteer. She was always available to help anyone who asked. She was on the library board, a life member of the Hospital Auxiliary Board, an avid supporter of the Lincoln City Cultural Center, and the Neskowin Chamber Music Society and the Siletz Bay Music Festival.

Lucille had a generous heart and left her estate largely to a wide variety of animal protection and social justice organizations, including Fistula Foundation, benefiting poor African and Asian women, run by her niece, Kate.

Her family would like to extend a special thanks to Cece and Terry Buggenhagen, Babs Tracy, and the Samaritan Evergreen Hospice, for the loving care they gave Lucille in her final days. 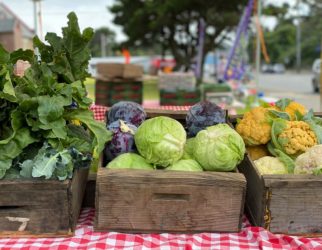