Join us for this rescheduled show with Mary Flower, the internationally known and award-winning picker, singer/songwriter and teacher, along with the funny, outrageously talented BBQ Boys.

Mary Flower, a native of the Midwest, relocated from Denver to the vibrant Portland music scene in in 2004. She continues to please crowds and critics at folk festivals, teaching seminars and concert stages domestically and abroad that include Merlefest, Kerrville, King Biscuit, Prairie Home Companion and the Vancouver Folk Festival, among many.

The BBQ Boys are a four-piece jazz, blues and jug band that has performed with many well-known artists such as Jim Kweskin, Geoff Muldaur, Maria Muldaur, John Sebastian, David Grisman and Dan Hicks.

The BBQ Boys have played many concerts with Jim Kweskin and the Jug Band, in San Francisco’s Great American Music Hall, The Roots and Rhythm Festival in Providence,R.I., Club 47 in MA, The Waterfront Blues Festival in Portland,OR and The National Jug Band Jubilee in Louisville, KY.

In 2013 they joined forces with Mary Flower as a jazz and blues infected jug band (sans jug) and have created new masterpieces of old standbys and originals, adding rich harmonies and searing solos. 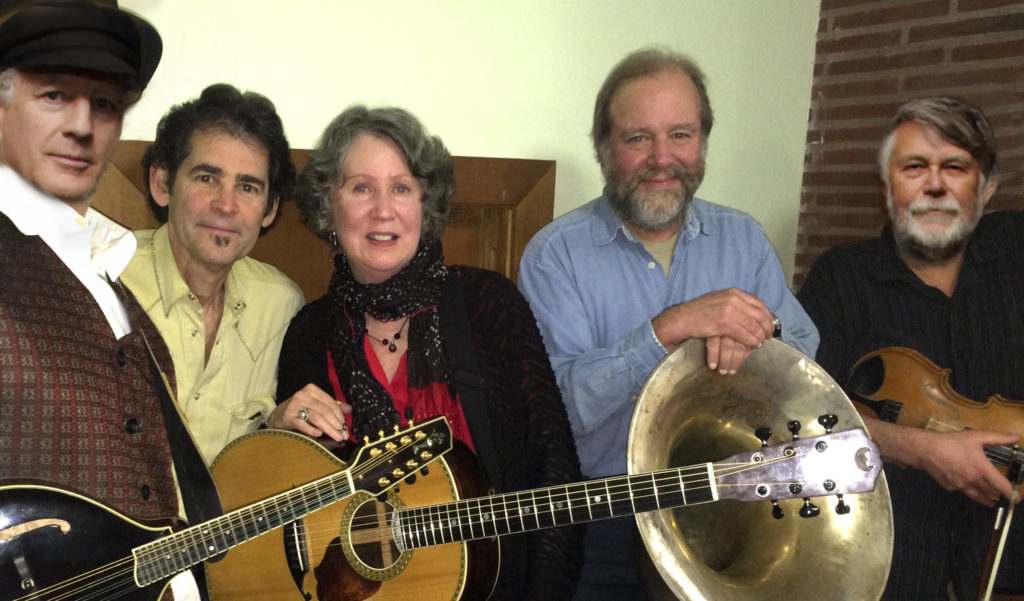 Mary Flower and the BBQ Boys