“A formidable force of music, and truly has to be seen to be believed.”

It all started 25 years ago in the back of a thrift store in Prague, where Jetty Swart stumbled upon a fancy accordion. She smuggled it back home and stared at it for a couple of weeks before she realized that now she had to learn how to play it, and write songs. And sing them. Since then, the Dutch-born Jetty has become the World Wild Accordion Diva, playing from the streets of New York to theaters and festivals in France, to the Lincoln City Cultural Center.

The LCCC is proud to present the Jet Black Pearl Trio, performing at 7 pm on Sunday, Feb. 24, in the groovy and acoustically refined auditorium at 540 NE Hwy. 101. Doors will open at 6:30 pm.

After finding her accordion, Jetty moved far away from her skeptical Dutch friends and family, and started playing in the streets of New York while working on an internship in graphic design. She then moved to the south of France, where she began busking in the streets while learning to speak, write and sing her new songs in French. She found that the natives liked her silly songs and strange accent, and as the band “Yeti” found herself booked in theatres, festivals and stages big and small.

It was in France that she met “The Amazing Bubble Man,” and moved with him to Portland, Oregon. She began singing in English, but never lost her strange accent. She now sings in English, but she’s kept her strange accent and her faithful fancy accordion. With her Black Pearl Trio (Tom Goicoechea on drums and Bill Athens on bass) Jetty sings, raps and about slugs in love, criminal gurus and hallucinating butterflies. She also accompanies the ABM when he performs his bubble show around the world – in fact, Jetty’s been on the LCCC stage twice before, beat-boxing and playing accordion as the soapy stars filled the air in the annual Festival of Illusions.

Jetty’s credits on this side of the Atlantic include the Accordion Noir Festival (Vancouver, BC), Utah Arts Festival (Salt Lake City), Moisture Festival (Seattle), Trails and Vistas (Lake Tahoe), Accordions Around the World (Bryant Park, NYC) and of course, the Oregon Country Fair. Club gigs include Dante’s in Portland, Amnesia in San Francisco and the Annenberg Beach House in Santa Monica.

“A formidable force of music, and truly has to be seen to be believed.” (Three Weeks, Edinburgh Fringe Festival).

“The most eccentric and equally the most talented woman you will see in Edinburgh this month” (Broadway Baby, Edinburgh Fringe Festival).

Tickets are $15 in advance, $17 at the door, $10 for youth, with a $2 discount for LCCC members. To purchase, head to the events page or drop by the LCCC Information Center, open from 9 am to 5 pm Thursday through Monday (closed Tuesday and Wednesday). For more information, call 541-994-9994. 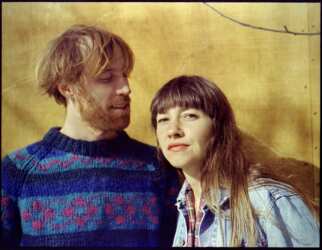 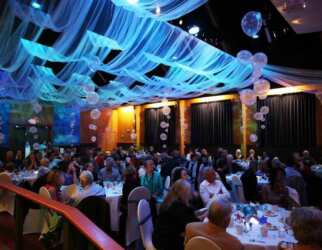